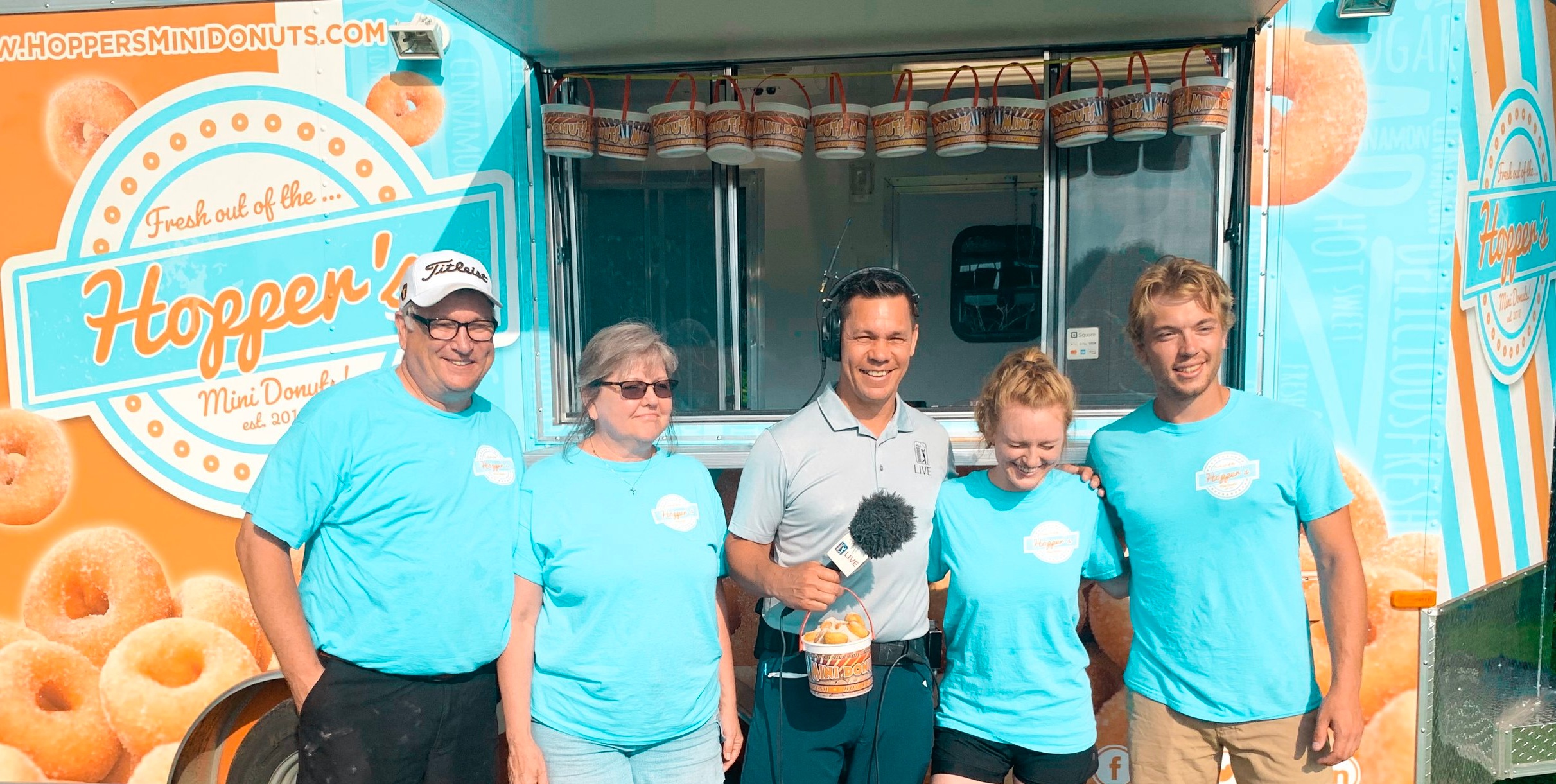 A mini start to our big adventure

Ever have a donut change your life?

I have, 7 years ago, when I ate my very first mini donut.  It was the classic cake recipe, fried to perfection and coated in cinnamon sugar.  The taste could only be described by the involuntary “mmm” I gave out on the first bite. (If you’ve tried our donuts, you know exactly what I’m talking about).

My first bag was made by the same person who would later co-found Hopper’s.  His name is Cody, and on that summer day he was my date.  He took me to a neighborhood fair in a city park to see “the mini donut guy”, who Cody had been working with for nearly 10 years.  Cody couldn’t believe I had not heard of this fair food before.  He was excited to make the introduction.  I, a glutton for dessert, was excited to eat pastries.  The moment we arrived at the grounds, there was a sensational aroma in the air.   It was sweet and savory, and it grew stronger the closer we came to the donut stand.

We walked up to the side door, where Cody was greeted with a smile by the man working inside.  As the two joked, I became enthralled with the donut-making process going on in the background.  Cody hopped inside and ran a fresh batch.  He handed the bag to me, and with a grin he warned, “Careful, they’re hot”.  He wasn’t kidding.  I had to wait, but let me say the wait was worth it.  When I took a bite I suddenly became smitten - with the donut that is.

So what happened next?  Well, Cody and I continued on our way and kept dating.  I began a promising career and after that summer, Cody hung up his apron for a 9-5.

It would be nearly 3 years before my “a ha” moment hit.  I can’t recall when it struck, but I do remember how it consumed me.  My vision was grand and I knew Cody was a key ingredient.  It took real convincing to pull him out of retirement - but as you know, he’s back in the kitchen!  Our partnership wasn’t complete until my dad, Lee, joined our endeavor.  An entrepreneur at heart, he believed in our dreams and wanted to see it come to fruition.

In September of 2018 Hopper’s Mini Donuts was established.  We began with borrowed and rented equipment.  Today we own 5 trailers and an indoor stand.  We currently operate in Minnesota, Wisconsin, Florida, and Colorado.  We’re growing as a family operation as well, for Cody and I tied the knot in July of 2021 (can you guess what dessert was?).

Together, we strive to be the next fair favorite for our customers.  Be careful though, one bite could change your life ;)

- A note from Sara Hollingsworth, Owner of Hopper’s Mini Donuts

So what's a Hopper anyway?
The hopper is a crucial part of the donut fryer. A true multi-tasker, it works twice as hard as it performs two jobs:

1. To hold the batter
2. To form the donut as it is dropped into the oil

Our mini donuts are made to order = they are always hot and crisp. As we say, it’s always fresh out of Hopper’s! 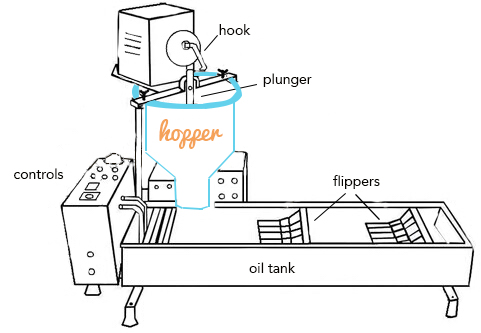